The board of trustees consists of 9 to 17 community members who have demonstrated their interest in the community and share the vision of Encompass and its goal of service. Our trustees are willing to assume the responsibility of active support of these goals and purposes. One seat is held by the current Chairperson of this Encompass’s Head Start Policy Council. Every effort is made in the above selection process to abide by the principles of equal opportunity and affirmative action as well as broad community representation.

Board meetings are scheduled 11 times each year. 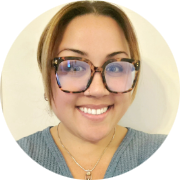 Ashley was born and raised in Watsonville. Her parents are second-generation American citizens. Ashley's Grandparents are from the Philippines, Spain, Portugal, and New Mexico. She is the mother of four amazing children; the eldest is attending the University of Sacramento, the second is in high school, and her two toddlers are in Head Start. All of her children attended Head Start, so she is honored to give back to the program in any capacity, especially as an elected Policy Council and Board Member. She is a proud Healthcare worker and Athletic Director/Coach at the local School District. Child health, wellness, and education are so important to her. Ashley thrives in coaching and supporting Students/Athletes, their siblings, and often their extended family members. Watching them grow and become amazing young adults is a simple yet powerful joy. She is happy to be a part of such an essential building block of early education and family support. Ashley thanks you for the opportunity to serve you! 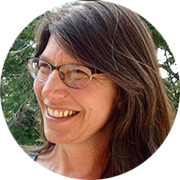 Catherine Sonquist Forest, MD MPH is a family physician and Clinical Associate Professor at the UCSF Natividad Family Medicine Residency. After graduating from UCSC, she received her MPH in Behavioral and Environmental Health Sciences from UCBerkeley, a MD degree at UCSF, and residency in family medicine at Community Hospital of Santa Rosa. She has been faculty at both UCSF and Stanford Schools of Medicine. Most recently, she is a member of the CA Health Care Foundation Health Care Fellowship Cohort 13. Honors include the CAFP “Hero of Family Medicine Award” for her service to patients across the state of California in 2013.

For more than 20 years, Dr. Forest has been at the forefront of local and statewide access to care and policy issues. Local affiliations include Santa Cruz Women’s Health Center, SCHSA, CCAH, the Physician Advisory Committee of Hospice of Santa Cruz, and a local charter school board.

Throughout her career, she has collaborated with local and state, federal organizations and agencies to see rigorous research translated into practice with the goal of achieving greater equity in health. 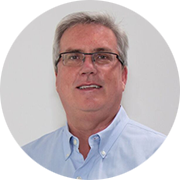 Steve Glynn is honored to be on the board of an organization that performs such vital work in our community. He is currently a Director of Finance for Universal Audio for forecasting, budgeting, standard costing and financial support.   He has worked for a variety of companies here in Santa Cruz and over the course of his career he has held many roles in both Operations and Finance and has been involved in areas ranging from M&A work, opening and managing a factory, implementing standard costing and forecasting systems, pricing and jungle tours. He has a B.A. in Economics from UCSC and a Certificate in Operations Management from Cal Tech. He lives in Watsonville with his wife Julie and a couple cats named Ash and Ember. 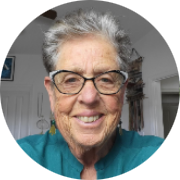 Wilma Gold is an expert in early childhood education. She began her career working as a preschool teacher. She began teaching while in school and became a director upon graduation. Wilma has directed parent co-ops, state-funded, faith-based, private-for-profit, and not-for-profit programs for infants through after-school.  She is the founder of Simcha Preschool, a faith-based program in Santa Cruz County.  She also opened the Tamien Children’s Center for Bright Horizons, sponsored by the Santa Clara Transit Authority. She later served as a regional manager for Bright Horizons for four additional years. Wilma then took the position of Director of Children’s Services at UC Santa Cruz, where she served for six years.

She taught in the early childhood education department at UC Santa Cruz Extension, Cabrillo College in Santa Cruz, and most recently, Pacific Oaks College in San Jose, CA.  As an instructor, she taught both the bachelors and graduate programs in Human Development.

Wilma is also on the planning and development committee as treasurer for Educators for Peaceful Classrooms and Communities. In addition, she conducts teacher, parent, and community workshops and classes in that role.  Wilma has a BA from Pacific Oaks College and a Master of Social Work from Yeshiva University. 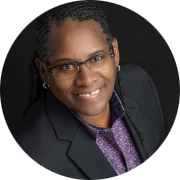 Elaine Johnson is from the Bronx, in New York City, and has been living in Santa Cruz for 20 years. For as early as Elaine could remember, community, collaboration and working toward a playing field that is leveled for all to have access to has always been at the forefront of her mind and what has led her to do the work that she does. In her childhood, she saw people she knew entering the criminal justice system and not have the means to access programs that would assist in the healing, restoration, diversion, or recidivism to make a change. She has always had a love for the law and vowed to do what she could to bring about change.

Elaine spent several years mentoring students as a way of supporting youth to reach for their highest potential regardless of any barriers that may have been placed in their way. Elaine is also the founder of the Santa Cruz County Neighborhood Courts Program, a diversion program that serves participants throughout Santa Cruz County. Elaine has worked in the fields of juvenile dependency, Community and Divorce mediation, criminal law, and has extensive experience working in collaboration in Santa Cruz County in restorative justice, housing, mentoring programs, (Santa Cruz County High School Mock Trail and Elementary Law program). Elaine is committed to her continued work with community leaders of all levels throughout the County of Santa Cruz. 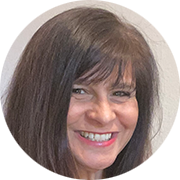 Paola is a political refugee from Chile, a native, fluent Spanish speaker, an advocate for her special needs son, and passionate about social justice.  She received her BA in English from UC Berkeley, high school teaching credential and Master's in Public Health degree from San Jose State University.  After completing her undergraduate degree, Paola worked as a high school English teacher, a volunteer health educator, and a stay-at-home mom for 15 years.  As the Programs Coordinator at Santa Cruz Community Health, she coordinated the Healthy Pregnancy Program, facilitated Shared Medical Appointments for Diabetes and Postpartum patients, trained Promotoras from the Live Oak School District in collaboration with Cradle to Career, presented to and trained the staff about Cultural Humility, and coordinated with outside agencies to improve patient care. At Health Improvement Partnership, Paola supports a variety of community programs, including Healthy Steps, the Hepatitis C care cascade, and continuing medical education for providers. Paola believes quality health care should be accessible to all. 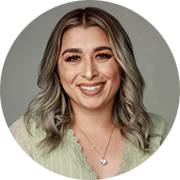 Bibianna is the Executive Assistant for the Community Health Trust of Pajaro Valley.

Bibianna has been with the Community Health Trust since July 2019. Before this, she was a Service Manager at Wells Fargo in the Chico area where she developed strong leadership and communication skills. After the CAMP Fire, Bibianna and her family moved to her husband’s hometown of Watsonville to have a fresh start.

Bibianna is passionate about supporting her Latino community. Through her various organizational memberships, she is active on multiple advocacy efforts that directly impact this community. She is a Steering Committee Member for the Emerging Leaders Circle of United Way, Vice-Chair for the Policy Council of Head Start, and Vice-Chair for Encompass Community Services Board of Trustees. 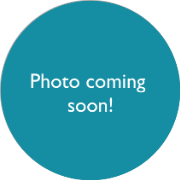 Myra was born and raised in Watsonville, California. She obtained a Bachelor of Arts degree in Psychology from the University of California, Santa Cruz, in 2010.  Her career trajectory reflects her deep commitment to equity and to thriving communities.  Myra became a Deputy Probation Officer in 2012 with the Santa Cruz County Probation Department and developed expertise in pre-sentence investigations and issues regarding domestic violence. She has dedicated her career to the principles of restorative justice, where there is compassion and healing for victims as well as offenders.

Myra is delighted to continue contributing to the Santa Cruz community in promoting equity, well-being, and social change by serving on the Encompass Board of Directors. 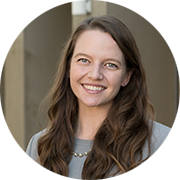 Kristal is a deputy district attorney assigned to the Sex Crimes division of the Santa Cruz County District Attorney's Office and has been a Watsonville resident since 2015. Kristal has dedicated her career to the prosecution of domestic violence and sexual assault crimes and has personally works with vulnerable and marginalized members of the Watsonville community. She is grateful for the opportunity to help them navigate the criminal justice system without fear. She received her Juris Doctorate from the University of San Diego School of law in 2010 and her Bachelor of Arts degree in French and Psychology from the University of California Santa Barbara. She is an enthusiastic supporter of the Encompass mission and programming and honored to serve on its Board of Directors. 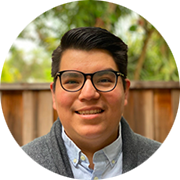 Witnessing the injustices that marginalized people, especially people of color endure due to the lack of accessible quality healthcare, has inspired Oscar to use his voice to champion for those who feel powerless and too often silenced. A strategic, enthusiastic, and innovative healthcare leader, Oscar has a passion for reducing health disparities by creating systems of change. Oscar hopes to replace inefficient systems with culturally humble, innovative, and integrated models of care to break the cycle of inequity. His past experiences included a supervisory role in a federally qualified health center however, Oscar was interested and committed to the broader mission of helping the underserved population.

Oscar is a first-generation college graduate and holds a Bachelor of Arts degree in Sociology and Education from UC Santa Cruz, and is currently pursuing a Masters in Health Care Administration from Cal State East Bay. 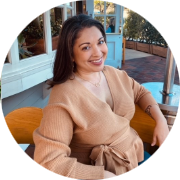 Gisela Taboada is a healthcare leader committed to improving and expanding quality healthcare access to our most vulnerable community members.  She works at Central California Alliance for Health (the Alliance) as the Member Services Call Center Manager, has worked in Provider Relations, and has previous experience as a medical assistant for Sutter Health Palo Alto Medical Foundation. Gisela is currently enrolled at San Jose State University and is pursuing a degree in Sociology with a concentration in Community Change.  She is a first-generation Latina and looks forward to bringing her life experience to advocate for health care for underserved community members. Gisela is excited to join the Board of Encompass Community Services and have opportunities to positively impact the community and support healthcare equity and social justice.