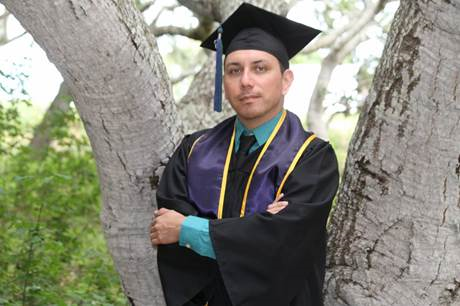 Guillermo Rodriguez is a leader, a counselor, a mentor, and a teacher. He is actively involved in his community, always giving back and always looking for more ways to make a difference in the lives of others. He is currently the Assistant Director at Sun Street Centers and is pursuing his Master's of Social Work at California State University of Monterey Bay (CSUMB).

He has volunteered on the crisis line for Monarch Services and worked as the first male program manager in their sexual assault unit. He served as a DUI counselor and worked at the Janus methadone clinic helping men and women work through drug addiction. Through other paid and volunteer positions, he has helped countless men and women reclaim their lives.

Guillermo is undoubtedly someone you’d refer to as an upstanding citizen and someone you’d turn to as a role model. His commitment to helping others and his ability to manage a full-time job, school, and volunteer work is truly inspiring.

It’s hard to reconcile this Guillermo with the Guillermo who was once addicted to methamphetamines and battled alcoholism. It’s hard to imagine that this is the same man who spent two years in prison for causing a head on collision while driving under the influence. (Thankfully, both Guillermo and the other driver survived.) This is, however, Guillermo’s very real and recent past, and it is what led him to enroll in the Encompass program Si Se Puede - a program that has helped shape the person he is today. 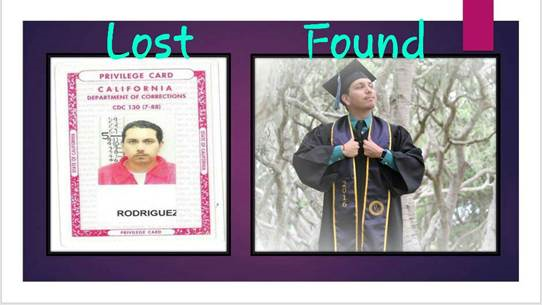 Caption: Guillermo Rodriguez turned his life around after graduating from Si Se Puede.

A Place of Camaraderie and Support

Si Se Puede is a residential treatment program in Watsonville that provides comprehensive rehabilitation services for men who struggle with drug and alcohol abuse. Trained counselors live at the one-story house with up to 23 residents, providing emotional support, counseling, and classes developed with evidence-based curriculum.

Whatever picture you have of this treatment center, erase it. An unassuming, non-descript house from the outside, the simple rooms and open courtyard found within the white walls are homey and welcoming. It’s peaceful and feels a little like camp with three or more bunk beds to a room, a cozy couch in the entryway by the front desk, and a sunny courtyard with a garden, workout equipment, and a homemade sweat lodge used for spiritual healing sessions led by local tribal leaders. (Picture a dome-like structure of curved branches with heavy blankets spread over them to make a roof. A shallow depression in the middle holds hot stones.)

Carla Vencill, Co-Director of Community Recovery Services, explains that there’s a strong feeling of camaraderie and support amongst the men, cultivated by shared experiences as well as a remarkable staff that provides wisdom, solidarity, and tireless dedication to the residents. One can imagine that this camaraderie is also born from a shared responsibility for chores, in addition to the daily classes that equip the men with the tools and skills to reclaim their health and their lives, and the counseling sessions that provide the opportunity to open up and share their experiences in a supportive environment.

The support Guillermo received from Si Se Puede allowed him to succeed after graduating from the program, both academically, professionally, and personally.

“Si Se Puede gave me a life back and my foundation to who the real Guillermo was,” explains Rodriguez. “It was always with me but I never had the ability to really express it and show my potential. In accounting [Guillermo’s career prior to his DUI] I was just plugging in numbers, consuming alcohol and drugs, not realizing that I was hurting anyone because I was able to pay the bills and hold a job.” 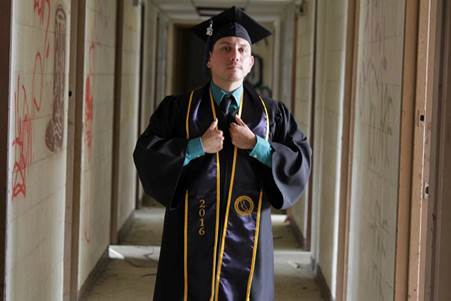 From Student to Teacher

Guillermo decided while still in jail to quit using, but he needed support to stay clean and get back on the right track, so he decided to enroll in the Si Se Puede program in 2007. He was the program’s first resident released straight from prison and this shaped his initial experience at the house.

“It took me a while to let go of the prison mentality,” says Guillermo. “I had sneaky behavior instead of being more open with people. I blamed other people, not myself and my addiction, for the things that happened to me.” Mandatory group counseling sessions take place daily and helped Guillermo to finally confront the impact his behavior and life choices were having on the people around him.

Once Guillermo recognized that he had wound up at a treatment center because of his own decisions, he began focusing on turning his life around. Guillermo quickly moved into the role of counselor’s assistant at the house because he was interested in learning about his own addiction. Other jobs at the house include front desk manager, kitchen manager, and grounds manager, all providing the men with skills that can help the residents find employment once they graduate from the program.

After 5 months, Guillermo graduated from the program. “I was scared to leave,” he recalls, “because I had been in structured programs since prison. Now I’d have to build my structure and my foundation, and I thought, ‘Am I ready for that?’”

When he graduated, Guillermo had a criminal record and was still on probation, making it difficult for him to find work. He persisted, however, and was given a one-day trial as a bookkeeper for a local company called American Steam. He passed the trial, got the job, and stayed with the company for 2 years.

During this time, he also enrolled at Cabrillo College to complete an AS Degree in Human Services - a field he had never even considered before Si Se Puede. Now, six years later, Guillermo is the Assistant Director at Sun Street Centers and is one of 20 individuals out of 100 applicants to be accepted into CSUMB’s new Masters Program for Social Work.

“I’m still shy,” says Guillermo, “but before I wasn’t recognizing my potential. I did go to college [before Si Se Puede] but once I completed it and got my accounting job I didn’t think about pursuing my education further or putting myself out there. I was set in my little square of life. Now, I don’t want people to have a negative association with me. Instead, I want to be known for my positive work.”

Inspiring Others to Pursue Their Goals

Every Friday night alumni like Guillermo return to the Si Se Puede house to talk to the residents and inspire them to pursue their goals. One of the current residents hopes to go back to school after graduating and become an EMT. Without Si Se Puede, that kind of goal would most likely remain unattainable.

Not every resident graduates and then moves on to complete a degree and become an assistant director, but most of the men are successful. As Vencill explains, “Success is very common [in Si Se Puede] on different levels. Some people may relapse, but this is often part of the process of recovering just like with any serious health condition. People have to learn how to take care of their recovery like they would diabetes or hypertension in order to stay in remission. Even if an individual relapses, he may still have successfully made many important changes that eventually lead to health and wellbeing. Learning is not lost, even if someone continues to struggle with sobriety. If you’re a graduate of this program you are part of a group of people that feel a lot of pride in their recovery.”

This is certainly true of Guillermo. He is proud of the path he’s on now and all that he has accomplished in the last 6 years, as he should be. He also recognizes the crucial role that Si Se Puede played in his success. “If they hadn’t taken me in and given me guidance, I wouldn’t be here,” says Guillermo. “I would be using, back in jail. No matter where I go, I always thank Si Se Puede. They were my foundation and savior and are responsible for where I am today.”

Guillermo graduated from Si Se Puede in 2010 and was featured in a Santa Cruz Sentinel article about the graduation ceremony. He was kind enough to share his story with Encompass for this blog post in an effort to educate the public about Si Se Puede and drug and alcohol addiction. To learn more about Si Se Puede, contact the center at (831) 761-5422.